Preview Mode Links will not work in preview mode

My thoughts on "Black Girl Hockey Club "as a 99.8% white woman

Yup that's right folks thanks to 23&me, being so pale that I glow and the fact that I burst into flames in the sun..I've discovered you can't get much whiter than me. Though I am .2% Congolese that's about as much melanin for maybe a freckle.

I'm not so proud of some our history but I am proud of my English, Scandinavian, Northwestern European heritage because it's who I am. I think everyone should be proud of who they are. Which is why I felt compelled to write this piece after seeing a tweet saying something along the lines of " why have a black girl hockey club? we are all women we are all fans" I cant remember the tweet exactly and can't find it but that's basically what it said and I am assuming it was written by a well intended but unenlightened white woman and it got me thinking.

While I understand her intentions were well meant and I agree to a point with what she said we ARE all women and hockey fans and we SHOULD support each other. I for one am a huge supporter of women and women's hockey. However, I remember asking the same question about black pride in DC. Why make a minority even more of a minority? Shouldn't we just be proud and out? I was later educated that it wasn't about self segregating it was relatable experiences and having to deal with things others don't as well as many other things, a sense of comradery for one.  As much as I love the Hockey is for everyone movement when it comes to hockey unfortunately for many, hockey doesn't always feel like "Hockey is for everyone". I am proud of the mindset I have and that I'm teaching my children to accept people for who they are but there are many who don't feel the same.. Yes really in 2018!

I have been a hockey fan for many many years. In fact hockey is the only sport I really like. But I never really thought of it being a "white sport' I thought of it more geographically cause lets face it the colder a place is the whiter it tends to be.

Being someone who has never really discriminated in my love life or friends it wasn't until later in life that I saw things in a different light. Having been married to a black man or two ..ok three (don't judge me my picker was broken and disclaimer I did met the first one at a hockey game) and having 4 biracial daughters. I'm not only continuing to get a crash course in hair but I have also been exposed to seeing things in a different way at times. Knowing this let me say I do not begin to think I know what its like to be a black woman. While as a woman and a mom I can sympathize even somewhat empathize but I can never truly understand what it like to be anything but a white woman.

That being said I only mention this because for many years I got away from the sport I love because many of my friends, in-laws and family didn't watch it.They didn't feel like it was for them. It even became kind of a joke that "of course YOU like hockey" though later I stopped caring and went back to what made me happy. But when my brother in law asked my mother in law "why are you watching hockey?" as if her watching a Canes game with me was something she shouldn't do or strange, or of having to drag my current husband to games (though I am turning him into a fan)  and also being shocked hearing about a black player having racial slurs being thrown at him at this day in age! This all just brought to light to me the mentality of it being a "white sport" and that not everyone thinks like me.

I personally love the fact that something like "Black Girl Hockey Club" exists. I feel it gives a voice and a sense of pride and community for women of color to say yeah "I love and I don't care what you think". at least that my interpretation. As a mom of a biracial daughter who also loves to watch and play hockey I think a group like this is extremely important for her and other young girls.

She's already seen in her friendship with Kelsey Koelzer and being a fan of PK Subban just to name a few, that there are women and men playing hockey that look like her that she can look up to and that in my mind is amazing. I hope she continues to see more women and men of color in the sport.

Though now she doesn't really see that in her sport she is unique, I know someday unfortunately she will and when she does she can see that there are women just like her getting just as excited about hockey as she is.

So I say hurray for Black Girl Hockey Club!!! I cant wait for myself and my girls to meet these women. I hope someday the stigma of the white sport disappears but until then be proud and don't let anyone tell you there is something wrong with that. Thank you for existing. 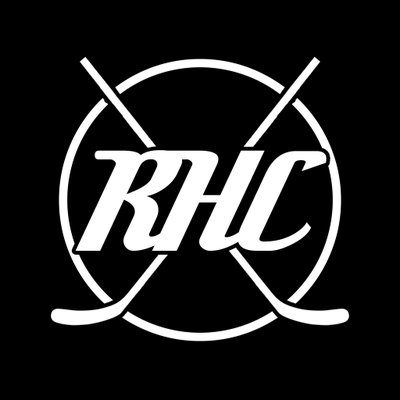